Ideas aren’t worth much… 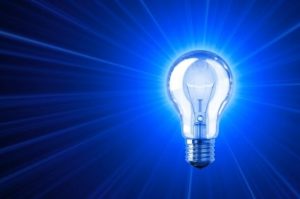 Over the last few years I have had the privilege of working with a number of very bright individuals who all believe that their *start-up* or concept is unique, scalable, powerful and ultimately will be profitable.   As “Howard 2.0”  has evolved,  I have become a student all over again … this time in the fast paced, often ruthless world where start-ups reside.  I have not been in school long… but in those few short years, I have learned quite a lot.

A concept is born… (or so you think).

Many of these friends or colleagues insisted on me signing an NDA four pages long and broad enough to cover what I ate for breakfast.  The paranoia that some display around a concept is amazing.  These colleagues refuse to share the concept with anyone, or to even attempt to crowd-source the elevator pitch — or a simple deck.

None of these friends’ and colleagues’ concepts are  new… but they have potential— and that’s all they have.   As Guy Kawasaki said — if you have a great idea, 10 people are already working on it.

Other companies that I work with or consult for do not exhibit the same paranoia that cripples many who are considering starting a newco.  They are out there. They are showing an in-depth deck to colleagues and gaining insightful feedback on how to improve or re-work their model, and how to differentiate themselves from known (or un-known) competitors.

I have been on the funding circuit with a few colleagues who are appalled when a VC or Angel refuses to sign an NDA.   They are afraid the VC will steal their idea and run with it.   While I do recall stories of that happening a while ago… most reputable VCs and Angels are far too busy to start up a new company based around your concept.  If they like your concept, they will invest in it, incubate it and help you achieve success…that’s their model— and how they make $.

So, you have an idea… great.  What are you going to do with it?  Right now that idea is worth NOTHING.

Embrace it, build out an impeccable, capable team, finesse your model and focus on the key points which will differentiate you from your competitors.
Once you have your team in place, you’ve crowd-sourced your model and had it validated and you are learning from everyone you talk to … now these things have some tangible value….
Leave your paranoia at the door when you leave home in the morning.
Now… Execute!

4 comments on “How much is an idea worth…”