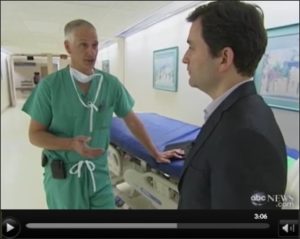 In early summer 2010, ABC News aired a segment on healthcare and social media. The news crew interviewed Dr. Luks on the role he believes physicians have on social media — on platforms such as Twitter and Facebook.

“I feel strongly that the physician has a role as a team member or team leader in helping the engaged and interested patient navigate the internet and the plethora of information, misinformation, useful information, actionable information, and potentially dangerous information that is out there,” he said.

“Once the sources are vetted — the information absorbed, incorporated and understood by the patient — then an informed decision can be made about various treatment decisions.”

Social media for orthopaedic surgeons
In this article written by the American Academy of Orthopedic Surgeons about me and my healthcare and social media endeavors, I discuss why I believe that social media has a role in

healthcare and in improving everyone’s ability to learn more about their disease, their surgeon and, their hospital… and possibly even modify healthy behavior patterns.  I also discuss why I believe it is important for more physicians to enter into the intersection of healthcare and social media to produce content and engage online. 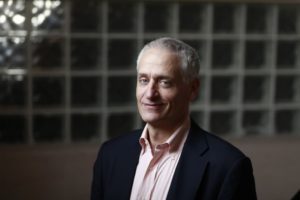 Why you should follow him: Luks clearly has made getting the word out about social media’s role in healthcare his mission in life. He shows a passion few others can match, constantly blogging or tweeting about why others should be doing the same, but his message hardly comes across as preachy. “I am very happy to receive a lot of requests from physicians to assist them in establishing a digital presence

“There’s a lot to learn from doctors who use social media to ultimately increase patient volume. These digital leaders blaze the path for more medical professionals to follow suit. Currently, here are my ‘Top 5? doctors changing the landscape of social media. Why? Because they are authentic and offer value through their content.

“Patients search for information about their conditions, their medications, and, of course, their physicians,” noted Howard J. Luks, MD, who has spoken frequently on the topic of physician online engagement. “That poses a risk to doctors, particularly orthopaedists, who are elective specialists and frequently depend on referrals from patients and other physicians. Online reputation management is the process of monitoring, addressing, and mitigating what is said about you on a search engine.”

This is an excerpt from a recent interview:  had the privilege of talking with Dr. Howard Luks about his use of Social Media. Dr. Luks is the Chief of Sports Medicine and Arthroscopy at University Orthopedics, PC and Westchester Medical Center. His website, howardluksmd.com is a mix of orthopedic information, tactical Social Media guidance for doctors and general information about the evolution the Healthcare industry is undergoing because of the role the Internet has taken in patient empowerment.

The study showed most recipients remained active and pain-free.

[pullquote]”Until this time, I have been telling my patients the surgery is good for 15 to 20 years, but this is showing good to excellent results that can last 20 years and beyond,” said Luks[/pullquote]

In a New York Times story on Beyond the Traditional in Sports Medicine, Dr. Howard Luks explained that improvements in sports medicine — even in 1998 — were happening at a rapid rate.

[pullquote]”Techniques are developing literally by the month in sports medicine,” he said. ”They will provide ways to treat problems that were not treatable before, or only treatable through traditional surgery.”[/pullquote]

His records were examined for compliance with state licensing and board certification, and he was once again listed as one of “America’s Top Doctors” by Castle Connolly Medical.

In 2009 Dr. Luks was featured as a guest writer on e-patients.net, a project of the Society for Participatory Medicine. Author Gilles Frydman said, “Patients and physicians need to engage with one another as a team—incorporate these shared decision-making principles— and in the end, the patient has made the choice that *feels* right.” This shared decision making is at the core of Dr. Luks’ practice, and he incorporates his use of social media into his philosophy.

[pullquote]“I am infinitely intrigued by the possible uses for social media to improve the delivery, access, and quality of health care to the patients I have the honor of treating every day,” said Dr. Luks.[/pullquote]

Dr. Luks was quoted in HealthDay News in a story on injections of a nonsteroidal anti-inflammatory fluid used to improve recovery from arthroscopic knee surgery. Patients with severe arthritis, though, will need knee replacement surgery, said Luks.

[pullquote]”Knee replacement is the definitive treatment for this. It’s a bigger procedure with longer recovery, but it will address both meniscus deterioration and arthritis.” [/pullquote]

He said he uses hyaluronate to treat pain, but if knee replacement is in a patient’s foreseeable future, Luks is not likely to recommend surgery for meniscus repair. He emphasized, however, that patients who may want to buy time before knee replacement surgery need to have all the information available to make a decision that suits their needs and lifestyle.

A Doctor’s View on Healthcare – Social Media and Video

According to Dr. Luks, communications tools are evolving, “I think that video blogs, video conferencing and videos embedded on websites for educational purposes will become commonplace over the next few years.  There are numerous advantages for me as a physician. Having a video message on my website, both as an introduction and throughout the educational sections allows patients to get to know me a little better. It also enables them to sit back, listen and absorb what I am saying. If I use visual aids…all the better.”

He adds, “Patients seem more comfortable when I first meet them and many will comment that the video was one of the reasons why they chose my office over others in the region.”

[pullquote]“I feel strongly that the physician has a role as a team member or team leader in helping the engaged and interested patient navigate the internet and the plethora of information, misinformation, useful information, actionable information, and potentially dangerous information that is out there.”[/pullquote]

Health-related searches are the fifth most popular type of search for information online.

[pullquote]You can’t disallow your entire health care community, or everyone in the hospital, from using social media,” he said. “Everyone understands privacy laws, so instead of forbidding it, the hospitals need to embrace it and educate. They need to set guidelines, they need to set policy and procedures and then they need enable their healthcare staff to reach out.[/pullquote] 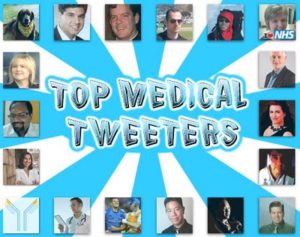 An absolute pleasure to be in such wonderful company!

Humbled and honored to be recognized as one of the top ten physicians in social media… or at least on Twitter :-)

More comments regarding the intersection of social media and healthcare.

HAWTHORNE, NY – Using social media as a physician isn’t about filling your office with new patients, as one expert will tell you, but is more about the “moral obligation” that physicians have to provide their patients with accurate health information.[/pullquote]