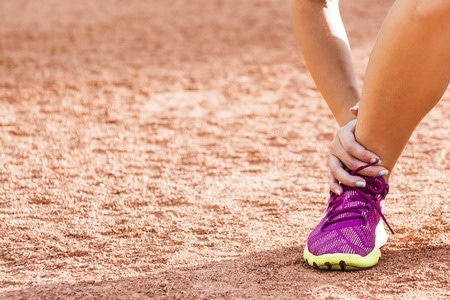 No, you should not take anti-inflammatories, or NSAIDS before exercise or a run.

It seems logical –you know your knee, achilles tendon, or shoulder is going to bother you… “let me get a jump start on that and put down a few Advils before the workout”.  Bad idea — but why?

NSAIDs have significant effects on many of the functions of our body.  They shut down certain “pathways” that lead to the production of chemicals that cause inflammation, but NSAIDS also shut down a class of chemicals that can be protective.  That’s the thing with  medications, none are without risk.  And the risk of taking anti-inflammatories before exercise easily outweigh any potential benefits.

First, inflammation is actually how our body heals itself.  Each time you workout or run you cause changes in your muscle, ligaments, bones, etc.  That needs to heal so that you are ready to push on with your next workout in a day or two.  NSAIDs will limit or stop the healing response which could in turn lead to an overuse injury. This study of Ultra runners in the Western US actually showed that runners who took NSAIDs before the race did NOT have less muscle soreness.  Worse, they all had elevated levels of chemical in the blood which indicate an increase in systemic inflammation.  It’s not uncommon in medicine for something that seems intuitively obvious is later proven to be wrong.

NSAIDS Have an Effect On Recovery … and It’s Not Good

NSAIDs have been found to eliminate the skeletal muscle adaptations that occur during and after exercise. That will have an effect on your ability to recover. In addition it will decrease the effectiveness of your training.

Last.. and perhaps most important.  Our gastrointestinal (GI) system needs blood flow to remain healthy and protect us.  There are trillions of bacteria in our guts.  Systemic inflammation will occur if those bacteria get into your blood stream if your gut becomes leaky.  Well… that process happens normally in runners.  This study shows that markers of gut damage rise after exercise.  NSAIDs cease the production of prostaglandins. One of the strongest effects of prostaglandins is to protect your intestinal lining.  When researchers gave Ibuprofen to athletes prior to a workout, they found higher levels of a marker in the blood which is indicative of intestinal damage.  Again … if your intestines have a poor blood supply they become “leaky”.  Aside from digesting your food, your intestine is your last line of defense in terms of preventing bacteria, etc from entering your body.  If your gut is leaky, then bacteria can get into the wall of the intestine and ultimately into your bloodstream.  That means that your body and your white blood cells now need to fight off those bacteria.  They will… and in turn they release powerful chemicals which will actually cause inflammation.  This form of inflammation will be systemic or throughout your body.  Quite paradoxical that you think taking an NSAID will keep inflammation at bay and let you perform well, yet the opposite is actually occurring.

NSAIDS Can Increase the Risks of Heart Attacks

Sad but true.  The routine use of NSAIDs such as Advil can increase your risk of having a heart attack.

There are many reasons why NSAIDs lead to heart issues.  Heart attacks are primarily due to inflammation.  These makes our clotting cells or platelets sticky.  Inflammation makes the walls of our arteries sticky and easier for the platelets to attach…. a set up for a disaster.

Bottom line… it is not advisable or safe to take anti-inflammatories or NSAIDs prior to a strenuous workout.

Taking an NSAID before exercise will increase inflammation, put your gut at risk, your heart at risk, your kidneys at risk and it will have no effect on your recovery.

We as athletes all want to recover sooner to run another day.