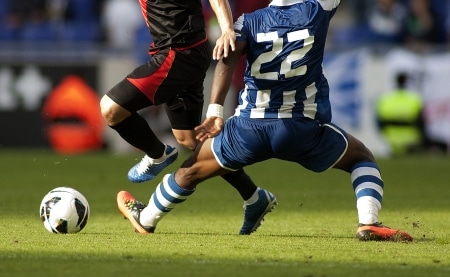 The hamstring muscle group is in the back of the thigh.  The muscles are attached to the pelvis and then course down the leg and attach to the shin bone or tibia.  The hamstrings extend the hip and flex or bend the knee.  Thus, these muscle cross two joints (the hip and knee joints), and this is one reason why they are subjected to a lot of force which is a set up for injury.  The hamstring muscle group fires and propels an athlete forward when they are sprinting.  With quick changes in direction or rapid acceleration from standing still the hamstring generates an enormous amount of force.  The hamstring muscles are responsible for our being able to marvel at the speed and agility of Lionel Messi and Gareth Bael.  They are what propels Cristiano Renaldo forward prior to unleashing  a 100 mph blast across the pitch. 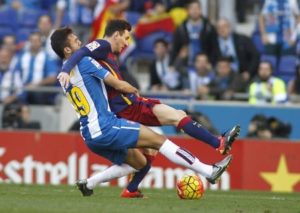 Why are hamstring injuries so common in professional soccer?

Many variables appear to contribute to the high reinjury rate after return to play following a hamstring injury.  Contributing variables include:

Not all hamstring injuries are created equal.  There seem to be different patterns to certain hamstring injuries. Injuries from rapid movements tends to produce injuries to the biceps femoris.  Biceps femoris injuries appear to be more prone to reinjury after return to play. Other injuries patterns occur from an extreme stretch, such as a high kick, sliding tackle, etc.  These injuries seem to create a different pattern within the semimembranosis muscle and require a longer RTP, but a lower incidence of recurrence.

Unfortunately,  recent research suggests that our testing and physical exam techniques do not provide actionable insight into whether or not a player is at risk for a recurrent hamstring strain.

Perhaps a focus on movement patterns, kinematics and injury mechanism will provide valuable predictive insight into why these devastating and costly injuries are so common.  Research into groin injuries show that the movement pattern of the athlete can predict the nature of their groin injury. Perhaps the same will be true for hamstring injuries.  Time, research and analytics will be crucial determinants of whether or not hamstring injuries can be prevented by the Premier League.