For fans who enjoy wandering through or those who are just approaching the intersection of Social Media and Healthcare, the  New York Times provided us with  a very engaging week. 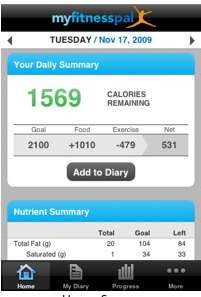 Earlier in the week the New York Times published an article in the technology section which focused on applications that people can use that to display their progress as  they work out in the gym or try to slim down. It spoke to the fact that people were driven to do more or to stay longer based upon  *incentives* they received from their social network. The applications highlighted in these articles are quite basic and the true social integration power is limited,  however,  the power of the applications are clearly noted them by some of the people the reporter had spoken to.

“And it seems their sustained obsession with my obsession has helped me stay on track. Since last March, when I first got an iPhone, downloaded a host of helpful apps and hooked them up to my Twitter and Facebook accounts, I’ve lost 63 pounds. In the year before, when I dieted and exercised in digital isolation, recording my calories in and out in a so-last-century Moleskine notebook, I lost only 20 pounds.”

Later in the week, Pauline Chen, as part of her Doctor and Patient series in the New York Times wrote about how patients are interacting and engaging with one another, all with the hope of improving their health. One of the patients they highlighted drew an interesting perspective.  Through his interactions with the healthcare providers as well as all the research he had independently performed online— he had all the facts necessary to determine whether or not his surgery was indicated — yet he still felt something was lacking.  What he was lacking were interactions with patients with a similar condition who had undergone the procedure he was contemplating.  His message is simple but powerful.   Myself and a  number of healthcare bloggers, like Phil Baumann,  routinely talk about how Healthcare is Social.  This story really brings that concept home.

“In desperation, he told me, he had contacted several patients who had already undergone a transplant. “That’s what made me believe I’d be O.K.,” he said. “You doctors have answered all of my questions, but what I really needed was to hear the stories about transplant from people like me.”

The last article I found very interesting was published in the Vital Signs section of the New York Times. The title of the article was “Doctors’ Group Urge Fewer Scans for Low Back Pain”.  I’ve spoken about this very often on this blog. We are a society which clearly over utilizes  our  healthcare system.  We are clearly an over tested population.  For those of you who believe that malpractice fear is driving this over testing and overutilization then the importance of an article or statement like this is fairly clear. If doctors feel that they are supported in the literature for *benign neglect* or simple observation of certain disorders — then they may be less inclined to order unnecessary screenings or tests.

[youtube]https://www.youtube.com/watch?v=tI2Moyyzz3U&feature=youtu.be[/youtube]Those of you who are familiar with the my writings on this subject know that I believe the trend towards over testing and overutilization is driven by far more than fear of malpractice litigation. Over testing is driven by patient demands, ease of ordering these exams, and the fact that many physicians may simply find it easier to order a study than to evaluate a patient and explain to that patient why this study is not yet indicated. But I digress.

Every week we seem to learn more and more of the power of social media and health care. The mainstream media appears to be *joining forces* with the online engaged patient population and engaged medical professionals alike.  Important steps forward.

After all… We Are All Patients!

Kudos to the New York Times and their staff.